This is a Glogster that our teacher of History told us to do about “Rural/Country People”. I made it with Gonzalo Vazquez Avila.

This is an analysis made by Senior 3 of a poem we have read in our class of Literature, “Horses”.

This is a “News Report Writing” that I have to do for our class of Writing and Oral.

According to the U.S Geological Survey, the quake’s epicenter was located just 4 KM ESE of Nelsonville and 14 KM NNW of Athens. It was 4.9 miles deep.

The most important thing was that there were no damages or injuries have been reported.

This is a “Soup of Letters” that I make with some vocabulary that we are seeing in our class of  Language. 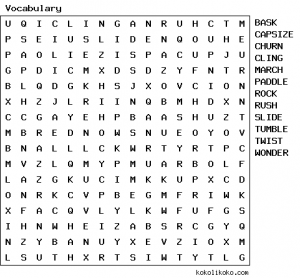 This is a Prezi showing the analysis that Senior 3 made of a story that we had read in our class of Literature.

This is a Prezi that I made with my friend Estanislao Casas about a story we have read in our class of Literature, “My Greatest Ambition” by Morris Lurie.

Our teacher of Writing and Oral told us to publish a picture or video that represents Pepo for us. 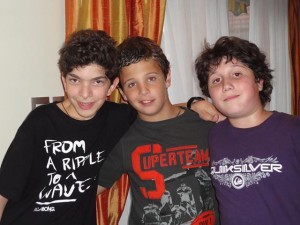 This is a picture that represents Pepo for me.

This is an essay that I made about a story called “The Destructors” that we had read in our class of Literature.

How far is “The Destructors” a story about a gang destroying a house?

The Destructors is a story written by Graham Greene which deals with, at a first glance,  a group of friends pulling down a house. However, from my point of view, this story is not only about a gang destroying a house, but also about resentment of the upper class, revenge and finally destruction.

First of all, destroying the house is a metaphor of the destruction of the upper class by the lower one. Trevor is resentful of Old Misery, ”his father, a former architect and present clerk, had “come down in the world” and that his mother considered herself better than the neighbours.”, because he did not belong anymore there. Another example that proves both that Trevor had belonged to the upper class and the rest had not is when T refers to Old Misery’s house as “beautiful” and Blackie, the ex leader, thinks, “It was the word “beautiful” that worried him-that belonged to a class world that you could still see parodied”, he did not understand T.

Second of all, Trevor wants to take revenge on Old Misery because the latter was able to keep both his house and his social class whereas Trevor could not. When Summers suggests leaving the house and run away, T reacts angrily, “They could build inside again more beautifully than before. This could be a home again {…} We’ve got to finish.”, T does not want any possibility for the house to be rebuilt.

Last of all, the story deals with destruction for the sake of destruction, “Of course I don’t hate him, there’d be no fun if I hated him {…}There’s only things,” they destroy because destruction is part of the human nature.

In conclusion, “The Destructors” is not only a story about a gang destroying a house, but also about resentment of the upper class and revenge.

Today I have spent a very strange day. When I met Mrs. Bixby I told her that we couldn’t see us anymore.

One reason for not seeing Mrs. Bixby anymore was that our relationship was good but she wasn’t enjoying it very much because she was constantly worried about her husband. She didn’t know how to pretend that she was coming to visit me every Friday month.

The other reason was that when I gave her the coat, she didn’t want to take it to his house because she was afraid that her husband found the coat. Furthermore when I told my servant to give her the price I put into the coat a letter that I wrote saying that our relationship couldn’t continue. That was because she was much pending about her husband and that for me it is like having two husbands at each time, which is very sad.

I hope this is the best option of not continue being a couple. 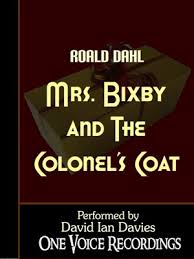 This is an essay that I made with Estanislao Casas about exploring past memories in “Horse” and “Pike”.

Explore past memories in “Horses” and “Pike”.

“Horses” and “Pike” are two poems written by different writers at different times. However, both have relevant similarities when evoking past memories. In “Pike” the writer remembers a day in his childhood when he went to fish in a pond whereas in “Horses” he remembers how he is scared of  them.

“Pike” and “Horses” both explore past memories of their childhood.

First of all in “Pike”  as it was said before he remembers when he was a child and went to fish to a pond. “A pond I fished, fifty yards across,

Whose lilies and muscular tench had outlasted every visible stone of the monastery that planted them, stilled legendary depth:

It was as deep as England.” This quotation means while he was fishing in the pond he remembers he was afraid of pikes.

In “Horses” by Edwin Muir, he expressed his feelings about being a child and how afraid he was of horses. “They seemed terrible, so wild and strange, like magic power on the stony grange”, “Perhaps some childish hour has come again, When I watched fearful, through the blackening rain, their hooves like pistons in an ancient mill move up and down, yet seem as standing still”. This are some quotations that explain why he was scared of the horses.

To sum up, in our opinion both “Pike” and “Horses” explore past memories of their childhood.