In our class of Biology our teacher, Male Ravagnan, made groups for the different types of living organisims. I worked with Juan Ignacio Lutowicz. This were the tasks:

1. Construct a table to compare the characteristic features of animals, plants, fungi, protoctists and prokaryotes: number of cells, differences in the cell structure, nutrition. You can upload the activity as a PDF file on your blog.

2) Create an infographic showing the external features only of the following animals. Make it visual,  so choose any animal which represents the class. For e.g. from the class reptiles, snake.

In our Literature class we have read the poem “Birthday” by Christina Rosetti. Then our teacher, Pato, told us to enter in her blog and watch a video about the poem and asnswer some questions. i worked with Agustin Segura.

A. What is the theme?

Self-expression and the natural world and Memory and forgetfulness because in the poem she narrated that in the past she felt in love with a man and then she broke with him, but at this moment she remembered good times she had with him.

B. What is the tone?

The tones of the poem are love, pacific and reflective.

C. What is the main difference between the two stanzas?

The difference between the first and the second stanza is that in the first the writer talks about nature using similes comparing her feelings to natural images and in the second she writes about objects or man-made objects to express her feelings.

D. How are the similes in the poem appropriate for the romantic longings the speaker feels?

We understand that she feels that her love was intense and was precious.

E. How is the metaphor of the birthday appropriate?

The metaphor of the poem is connected to “rebirth” because she was enjoying her relationship and was happy, so “rebirth” is the perfect metaphor to explain that she wanted to felt in love again.

F. Make a list of religious symbols. What do they mean in the poem?

“And peacocks with a hundred eyes” is a metaphor that means that God sees everything from everywhere and “Doves” representing peace.

a) Una nube artificial (electrodo a)

In our History class our teacher told us to watch a video in her blog about the Manchurian Crisis and then answer some questions.

1-  At the beginning, the video shows that although the role of League of Nations  was maintaining peace, it failed. Poland is presented as an example of this failure since it was attacked in 1939.

2- Japan faced many problems. These were:

3- Politicians took the second place in the army, the army controlled the education system and martial techniques were obligatory from a very early age.

4- Since the Japanese didn’t have resources, they thought that by invading Manchuria in China they would get the resources they desperately needed. This included the elimination of the Chinese which was considered by them as a subhuman race.

5- The value of Manchuria was the railway system and its rich lands, so in 1931 the Japanese infiltrated guards in Manchuria and threatened to sabotage the railway system. Immediately China appealed to the League. This also helped Japan to expand their territories.

6- The Japanese Imperial Army had the permission of the Japanese government to launch retaliatory actions if the Chinese attacked any Japanese property in the area. As a result, Japanese troops responded to the explosion at Mukden by attacking the nearby Chinese Garrison, taking and securing it with ease as the Chinese government had ordered troops in the area not to resist any attacks by Japanese troops in this area.

The Incident was a masterstroke by Japanese officers determined to begin the process of territorial expansion. The explosion at Mukden was very probably staged by Japanese troops to enable a retaliatory attack. Following the seizure of Mukden Japanese troops began occupying other towns and cities in the area. Within 5 months the whole of Manchuria was under the control of the Japanese army.

7- It took a lot of time to answer the Chinese, in the end, they said that Japan should leave. The Japanese had to withdraw from the invaded land and Manchuria should became a semi – independent nation free from China and Japan.

8- As a consequence Japan decided to leave the League. She had successfully taken Manchuria and as they had left the League, no – one could control them and no – one would intervene. This episode showed the weakness of the League and its failure to play the role it supposedly had, it showed the fallacy in the system.

In our History class we have worked in groups of two, we scan some QR Codes and worked on the sources given there. I worked together with Bautista Olaizola and we joined with other groups that had the same topic that were Pancho Mosquera, Agustin Segura, Luna Perez Muñiz and Agostina Alday 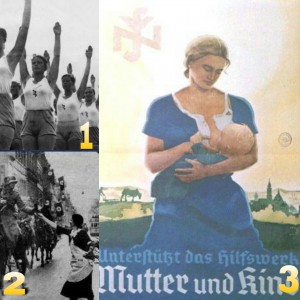 Source 1: This is a primary source because it is a photograph originally taken in Hitler’s times. Here we can see German women exercising for school. The value that the photograph had was that if it was published through Germany, people would be proud of their children and of  the new education methods put up by Hiler. One of the most important things that Hitler had in mind were the children and their education since they would be the future of the country.  He wanted every child to grow up fit and already brain-washed with his political ideas, this photograph is evidence that he was succeeding in his objectives.

Source 2: This source is Primary because it is a picture when the Nazis started to be welcome in every place. In the picture a woman is saying hello in a friendly way, like giving support. In this source we can see that the Nazis had the support of the German people. The majority of the Germans liked a powerful army. In the picture a woman is greating a Natzi soldier

Source 3: This source is Primary because it was seen by the population in the streets, here you can see an example of propaganda. This one was spread by goebbels to make Germany look like a country in which children and mothers would be safe and healthy. Also showing off the Law for the Encouragement of Marriage. This law stated that all newly married couples would get a government loan of 1000 marks which was about 9 months average income.

In our class of Biology we started to prepare for IGCSE Exam. We started to learn about the characteristics of the living things and our teacher gave us a homework in relation to this topic. Here is the task. 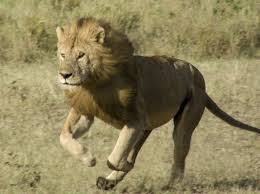 B) Three of the characteristics that we can recognize are respiration, growth and movement.

Respiration are the chemical reactions that break down nutrients molecules and release energy.

Movement is an action by an organism causing a change of position or place.

C) Other characteristics of the living organisims that are not shown in the picture are: Nutrition, Excretion, Reproduction and Sensitivity.

Nutrition is the process of taking in material for energy, growth and development.

Excretion is the removal from organisms of toxic materials and substances in excess of requirements.

Reproduction is the process that make more of the same kind of organisms.

Sensitivity is the ability to detect and respond to changes in the environment.