It was a gloomy night. It had been raining heavily. It was late and I was walking home alone. I had a visit tonight; my best friend Tom was coming over to have dinner. We were going to celebrate his new job position, thought both of us had been interviewed for it. In the end, the company chose him. We both knew what that meant: the love of Rachel.

It had all started when we were children. Tom, Rachel and me had always been best friends and of course we both fell in love with her, but she loved only one thing: money. As a matter of fact, I wasn’t planning to celebrate with Tom. I was planning to kill him. In my pocket I was carrying the nice and sweet poison that my dear friend Tom would get. He would have a slow and painful death, but not in my house of course! On the street was much better. I had to thanks Rudolf, a German foreigner who had sold it to me for when in need. That time came.

Tom looked very happy because of the dinner I cooked. We drank wine and champaign, and I gave him the biggest glass cup I had to show admiration to him, but in truth, it was so as not to get confused with the poisonous glass.

The following day Tom’s name was on every newspaper headline: “Young executive found dead on the street. No suspects”. During that same morning Tom’s ex company called to offer me this position which I accept gladly.

In the evening the phone rang again. I knew perfectly well who it was… 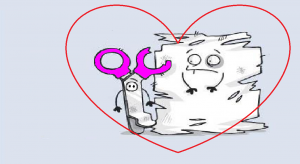 In our class of Language our teacher Pilar Pando tell us to make a game on some crime vocabulary. I work with Juan Ignacio Lutowicz and this is our game.

The Fly in the Ointment – Essay Ideas

In our class of Literature we read a story call “The Fly in the Ointment” and we make some ideas to make an essay question.