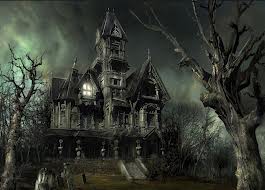 How to write a Crime Report/Story

This is a SlideShare showing how to write a crime report.

This is a SlideShare showing the analyse of a story that we have read in our class of Literature call “The Son’s Veto”.

Fly in the Ointment – Essay

In our class of Literature we had read a story called “The Fly in the Ointment” and we made an essay about one topic: Harold’s Father 2 Faces.

Is it possible to say that the father has two faces?Why (not)?

In “The Fly in the Ointment” the character of the father appears to show an unstable personality. The following essay will analyse the possibility that he has two faces.

To begin with, the story makes reference to the fact that the main character does not hold the same attitude at all times. In fact, “[his] son noticed for the first time that like all big-faced men, his father had two faces.”From the beginning of the story, Haroldrealises that his father behaves according to what is convenient for him. As a result, he must wear a mask in order to hide his identity.

In front of society, the father is said to have a “big face”, which he uses to cover up the fact that he is bankrupt and has lost his business. This outer faceis “like a soft warm and careless daub of innocence sealing-wax…”The words soft, warm and innocence create an image of the father as one who is sensitive, pure, generous, selfless, helpful, kind and caring. That is to say,it is a peaceful mask he wears to confront the social gaze.

This totally opposes his true nature. Harold’s father loves money: he’s greedy and materialistic. For example, when his son offers him money, the father immediately changes his attitude: from being a victim to be pitied due to his current economic situation to being hungry for money.

This can be seen towards the end of the story when he says, “‘Raise it?’ … ‘Why didn’t you tell me before you could raise money? How can you raise it? Where? By when?’”He expresses himself quickly, briefly and desperately then, thus giving great importance to the issue of money.Duringthe conversation, however, he pretendsto be interested. This means that the father sees the conversation as useless.Hedoesn’t seem to value the father-son relationship. If the son had spoken before, the father wouldn’t have faked or tried to show a good face, he wouldn’t have become affectionate or close to his son.

The father’s double personality can also be associated with the title. A “fly in the ointment” usually refers to an element that seems to ruin or spoil a subject’s enjoyment. In the context of this story, it could be said that the perfect mask that Harold’s father wears in society and allows the conversation to flow is ruined both by the literal fly that buzzes in the factory and by the father’s greedy nature.  In other words, his big face, which provides the positive aspect in the conversation, collapses due to the fact that the father is materialistic.

In view of the aforementioned arguments, it is possible to say that the father in the story has two personalities, or rather, faces. This is due to the fact that he constantly changes his attitude whenever the issue of money is addressed.As a consequence, what prevails is his true nature, his true self.

In our class of Writing and Oral we had been studying how to write a news paper article. In this SlideShare are examples about some creative headlines.

This is a part of our Language Test. In this case I had to write a crime report using passive constructions and crime vocabulary.

A Painting Shop was set on fire 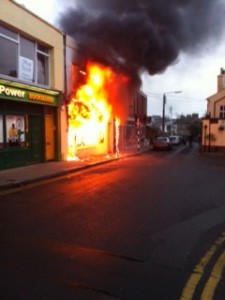 This morning at 4 AM a painting shop in the neighbourhood of Palermo was set on fire. It was caused by an arsonist. It is said that the owner of the painting shop was a smuggler; he smuggled paintings from and to Peru. Apparently it was a revenge from a client that had bought a fake painting and as a consequence burned up the whole shop. The police are working on it, but they don’t know who has the blame for having committed this crime. A big investigation has been taken place.