Laura asked to choose 15 words from of the list and make examples.

John: Steve is very friendly, he shares all. And what about Mickael?

Pablo: Mickael is amiable, I get a good relationship with him. What do you think?

J: Yes!!! He is very generous too, he has pass all the tests.

P: He is very gullible, doesn’t he?

J: Yes!! Although he is selfish, he play alone with the computer.

P: He is very lazy, he doesn’t want to do homework.

P: Yes, he does homework very fast. Is he shy?

J: Yes, he is. He is very shy, he didn’t want to pass in front of all. Is he kind with other people?

P: Yes, he is very kind with other people. He buy some chocolates for the class.

J: Do you think Mickael is fat?

P: No, I think he isn’t fat but he is a little bit nasty. What do you think?

J: Yes, I think he is nasty. Is he resourceful?

P: Yes!!! He is very resourceful with mathematics. Do you think he is vain?

J: Yes, he is. I think he is moody and untrustworthy.

This is an essay on “The Planners” that our teacher of Literature told us to modify using connectors.

The Planners, a poem written by Boey Kim Cheng in Singapore. This poem portrays the total and utter soullessness of Singapore and it’s Capital. Boey Kim Cheng demonstrates this heartless modernization in his poem by using a constant perfect strait almost unnatural description of everything. Moreover the soullessness of Singapore is also portrayed in this poem by its perpetual effort to neglect and erase the past or any history of it, creating a facade of culture. This city is so soulless and synthetic that it’s not even considered part of nature. Boey Kim Cheng starts the poem with the mysterious “They”, implementing a higher power controlling everything. And in the end he says that not even art is acceptable.

The word “gridded” already by itself sounds cold since nothing natural is so uniform, strait or monotonous. Even the alliterative language used “skies surrender”, with the sharp “Sss” sound at the beginning makes it sound pin point accurate, as if precisely planned. Nature is colorful and lively and random, it has a soul. Unlike the city that Boey Kim Cheng describes. In addiction “Gridded” can also represent a box, or some confined space. Implying that creativity in confined, boxed in, since it doesn’t take much creativity to draw a box. However, without creativity there is no soul, because a soul is always what gives us each our unique ideas, which can’t be seen in this city. With all of them having the same idea of box after box they aren’t being unique, meaning they aren’t showing their soul, they are being soulless. Furthermore the use of free verse clearly expresses the purpose of the poem that is to signify how the arrangement of something simply limits the beauty it possesses in its original form. Boey Kim Cheng lets his poem flow freely, showing his opposition to planning and how it compresses everything. The three irregular and unmatched stanzas also show the same opposition to identical and aligned buildings seen today. “They plan. They build…” There appear to be an obsession with perfection and uniformity, for “The buildings are in alignment with the roads which meet at desired points.” However there is no real passion or emotion for which they build, because this is emphasized by the disconnected minor statement like sentences at the beginning, and the constant references to mathematics with words such as ‘gridded’, ‘permutations’, ‘points’. However there is even praise and approval for mathematics mentioned here ‘the grace of mathematics’, in line six. (The lack of emotion is linked with mathematic due to the conception that numbers are cold and indifferent, in contrast with words).

Nevertheless everything has some history even if just a year old but from the way that Boey Kim Cheng describes it “Erase the flaws, the blemishes of the past” and Singapore does everything plausible if not more to get rid of any past. Without a past or a heart to preserve it there can’t be a soul. Then comes the idea of a perpetual machine, for what is made by the men today will be history to the next generation which as ever will get whipped out. “Dentistry”, ‘Anesthesia’, in such a stance, is to be numb to the rash developments. ‘Amnesia’ becomes a state of detachment to sentimentality and previous entities. And hypnosis is done to conform to new policies and developments. The Planners possesses the resources, so that History is all set to turn over a new leaf. The remnants of the past are suitably piled up one over the other. However in the research to build a new civilization, nothing is spared. History is drilled right to its roots. The process marks the triumph of scientific advancement over cultural growth. This turns the objective of being perfect into an unachievable goal. Furthermore, if one is always trying to achieve something that can never be done, he has no soul since he is always just doing this one thing.

However “Planning” is seen as a way of shutting out nature, attempting to remove the uncertainty it brings, trying to keep everything predictable and surpiseless. “The sea draws back and the skies surrender.” can be viewed with a touch of irony implying that nature is afraid of human expansion, turning us into unnatural land conquering robots. Soulless robots.

This are some exercises of tenses that we do with our teacher Pilar Pando.

History Video – The End of WW1

The End of WW1 (7m) from History Teacher on Vimeo.

This is a video showing how was “The End of WW1”

The impact on people was very powerful, they suffered a lot. They had to leave their homes, leave all things there: history, culture, personal objects and things that were important for them. In my opinion that was terrible, deadly and destructive.

These are some tips to deliver a good presentation:

2- Have a clear and strong voice.

4- Not talk to long without interaction with the audience. 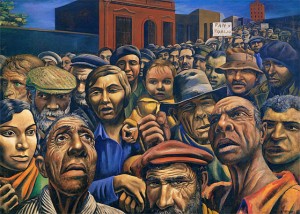 Review of The Sixth Sense – Prezi

This is a Prezi of the review of the lending library i read, “The Sixth Sense”.

Boy (language) from Isabel Paz
This is a slideshare with a question we have to answer.
This is the question and the answer:
1- Why did Roald and his friends hate Mrs. Pratchett?

They hated her because she was ugly, disgusting and mean. She never smiled or she never said hello when the children entered to buy something. They thought it was the most repugnant thing when she put her hand inside the candy´s jar.